This large earthquake occurred on Saturday December 14, 1872 at 9:37 pm. The magnitude has been estimated at 7.4. The exact location is uncertain, but it appears to be in northern Washington State, about 100 km or more south of Hope, B.C. The strongest shaking, and most of the aftershocks were reported in the Lake Chelan area in Washington State - suggesting that region was the closest populated area to the epicentre. However, because of the sparse population in 1872, it is impossible to assign an accurate epicentre based on felt reports or the aftershock information.

The shaking was strong enough to frighten people and cause them to run out of buildings in Victoria, New Westminster, and Yale, B.C., and in Seattle, Washington. The earthquake was reported felt from central British Columbia in the north (Quesnel) to central Oregon in the south (Salem) and east into the present day Alberta and Montana. 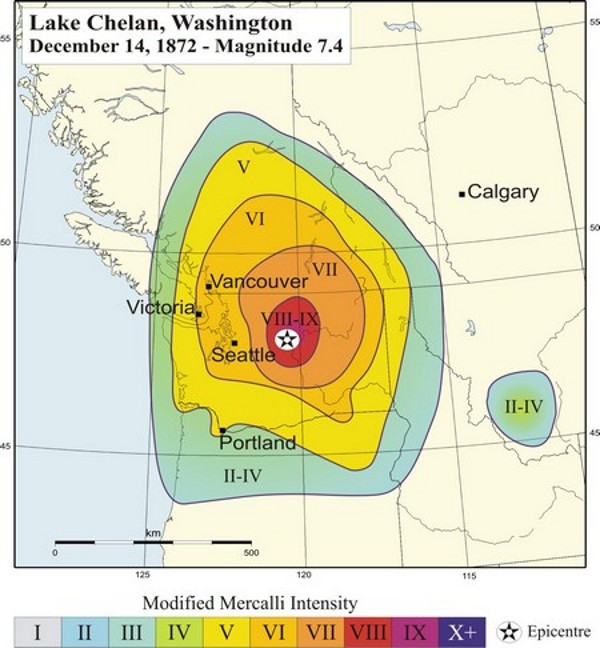