The M7.3 Vancouver Island Earthquake of 1946

This earthquake caused considerable damage on Vancouver Island (see photos), and was felt as far away as Portland Oregon, and Prince Rupert B.C. The earthquake knocked down 75% of the chimneys in the closest communities, Cumberland, Union Bay, and Courtenay and did considerable damage in Comox, Port Alberni, and Powell River (on the eastern side of Georgia Strait). A number of chimneys were shaken down in Victoria and people in Victoria and Vancouver were frightened - many running into the streets. Two deaths resulted from this earthquake, one due to drowning when a small boat capsized in an earthquake-generated wave, and the other from a heart attack in Seattle. 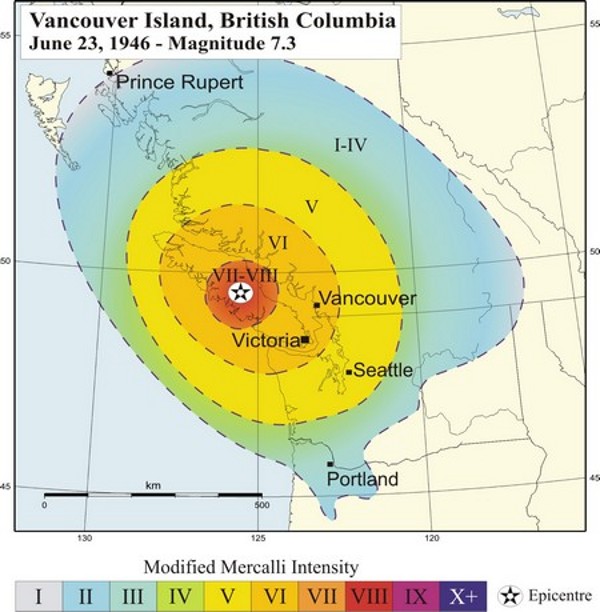